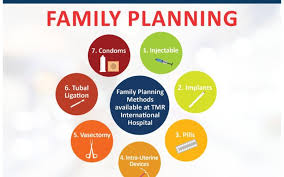 One of the South South state in Nigeria are looking at having a standard Family Planning Program with the aim of controlling the alarming population growth in the state. Delta state government have decided to released the sum of N20 million to acquire Family Planning treatment programme in the state and these will set a standard above other states.

Granting an interview in Asaba with Dr. Christian Tesola who is the state

He categorically said with the release of the budget fund inline with FP in 2020 year which is the first time the state Government had approved a release for FP program since inception.

Quoting Dr Tesola in his own word saying “His Excellency, Gov. Ifeanyi Okowa early this year has magnanimously approved and released the N20 million budgeted specially for Family planning in the state.

“But the budgets were not released for 2018 and 2019 but in 2020, the sum of N20 million was budgeted and it has been released to boost family planning activities in the state.

“With the budget release, issues of consumables among other services remain free for up takers as each facility in the state will be adequately provided for”.

Dr Tesola assured that the funds would be fully utilised in purchasing FP consumables to make up takers have free access to the program in all coners of the state.

It was also noted during his address, Director of Public Health, Dr Philomena Okeowo, said that sustaining the program depended on counterpart funding from global donor.

She continued in her own words saying that the importance of family planning could not be overemphasized, adding that the Gov. Okowa led administration or government has zero tolerance for maternal and under five mortality which could be reduced through adequate family planning application or procedures.

Base on the View of the Dr Okeowo saying that the present economic situation underscores the need for families to adopt family planning programme in the country to ensure good and healthy living fo all involved.

Other Views from Mrs Nwanne Kalu, State Coordinator stating that the Challenge Initiative (TCI) is more concerned with the behave of partners and he quote Gov. Okowa as a champion for family planning in the state.

Further speaking saying “With the release of the N20 million for FP, it is the first time a budget line is being released by Delta Government. The Governor is not only a champion for FP but he has demonstrated his commitment for the program by approving the release of the budget provision for FP in the state” she said.

Minister of Transport Amaechi states that Over 60 workers contracted coronavirus...