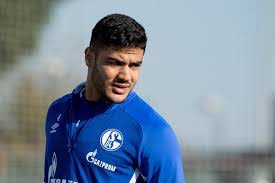 With the need for Central defender, Liverpool are on the look out with the Turkish star in mind for the potential move for Ozan Kabak which is needed in the squad.

It must be noted that Liverpool parted ways with Dejan Lovren to Zenit St Petersburg earlier this summer and since then they have been in need for a replacement which they are looking into now.

Although Liverpool are left with only Virgil van Dijk, Joe Gomez and Joel Matip as the senior centre-backs and the club are currently seeking to address the issue for the season.

Based on Transfermarkt report, Liverpool are looking to add more depth at the heart of the backline with Schalke’s Kabak emerging as an option for the Red.

Football scout also states that The Reds have also been linked with a move for Sevilla’s Diego Carlos which is key to that position but Kabak is regarded as the more affordable option for the position.

Although Carlos is valued at more than £50m by Sevilla which the Red consider as a very expensive option for now and in comparison Kabak which was valued at £22m is been looked into as a possible transfer target for the Red this summer.

With report showing that Liverpool started their league season with a 4-3 win over Leeds United and also a win above the Blues recently there is a need for more entry of players.

newsaffairng - May 29, 2022
0
Load more
Newsaffairng is a joint venture of great people of like mind and friends who see news in their area as important as the food they eat. The story of our love for infrmation and News was mainly for those who believed that there is no news that is complete until is ready by all.Packed with statistics,fact,figures and insight knowledge of some area(sport,Health & Tech) needed by people to get awareness we hope to provide our reader/viewers something different from the usual. It was designed,developed and maintained with one thing in mind which is to bring to his viewers a first class information on areas of Sport,Health,Technology and general news from the horses month. Newsaffairng is born to provide exclusive player and manager interviews of football and providing viewer/fans with current features,match preview analysis,Technology update and health news etc. Newsaffairng is working on employing a large number of dedicated team of staff editors and freelance reporters to add to the few we have so that they can produce rich content around the world.Both editors and freelance are scattered over the continent with good knowledge of sport(football),Health and Technology. We cover a wider range of topics which have made our reader able to enjoy what we have to offer.
Contact us: Justnewsaffair@yahoo.com