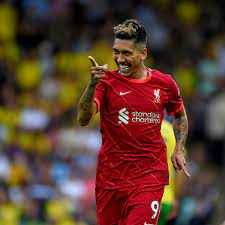 Based on Football analyst views saying that Brazilian international has been an excellent player for the Reds with 94 goals and 81 assists from 311 appearances.

Although there are uncertainties over his future amid the lack of progress in contract talks over the past few months.

With the 30-year-old has entering his final 18 months of his deal, and there is a contract stand-off amid his wage demands from the club for now.

It was also noted that the Reds are currently prioritizing the renewal of Mohamed Salah and they are open to offloading him in the summer if they feel his too expensive for them.

According to El Nacional, the Blaugrana are one of his long-term admirers, and could lodge a bid of €20m to sign him.

It is unclear whether the Reds will accept a such a low-ball figure as the striker is attracting plenty of transfer interest.

Juventus and Bayern Munich have also been linked with the former Hoffenheim forward alongside AC Milan.

All three clubs could be prepared to pay a higher fee for his services provided he is willing to come to their club.

Chelsea midfielder considering the exist door to Serie A .

newsaffairng - December 24, 2021
0
Load more
Newsaffairng is a joint venture of great people of like mind and friends who see news in their area as important as the food they eat. The story of our love for infrmation and News was mainly for those who believed that there is no news that is complete until is ready by all.Packed with statistics,fact,figures and insight knowledge of some area(sport,Health & Tech) needed by people to get awareness we hope to provide our reader/viewers something different from the usual. It was designed,developed and maintained with one thing in mind which is to bring to his viewers a first class information on areas of Sport,Health,Technology and general news from the horses month. Newsaffairng is born to provide exclusive player and manager interviews of football and providing viewer/fans with current features,match preview analysis,Technology update and health news etc. Newsaffairng is working on employing a large number of dedicated team of staff editors and freelance reporters to add to the few we have so that they can produce rich content around the world.Both editors and freelance are scattered over the continent with good knowledge of sport(football),Health and Technology. We cover a wider range of topics which have made our reader able to enjoy what we have to offer.
Contact us: Justnewsaffair@yahoo.com

Roma is in my Mind says Chelsea Pedro.