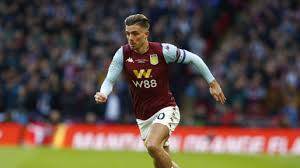 It was noted that the EPL current winner Manchester City have reportedly agreed an £88m deal with Aston Villa for Jack Grealish, and the transfer is expected to be completed after this summer’s European Championship which is currently going on .

It was noted that the 25-year-old enjoyed an impressive 2020-21 campaign for Villa despite some injury problems, scoring seven times and contributing 12 assists in 27 appearances in all competitions for his present club.

Although the speculation surrounding a move to Man City has gathered pace in recent times, with the Premier League champions seemingly in the driving seat for his signature to them.

Sources claimed that the Citizens are set to announce Grealish’s signature after Euro 2020, having agreed to sign the attacker in a deal worth close £88m.

The report claims that the England international will put pen to paper on a contract with Pep Guardiola’s side until June 2026 which is believed to be a five year contract with them.

newsaffairng - April 15, 2021
0
Load more
Newsaffairng is a joint venture of great people of like mind and friends who see news in their area as important as the food they eat. The story of our love for infrmation and News was mainly for those who believed that there is no news that is complete until is ready by all.Packed with statistics,fact,figures and insight knowledge of some area(sport,Health & Tech) needed by people to get awareness we hope to provide our reader/viewers something different from the usual. It was designed,developed and maintained with one thing in mind which is to bring to his viewers a first class information on areas of Sport,Health,Technology and general news from the horses month. Newsaffairng is born to provide exclusive player and manager interviews of football and providing viewer/fans with current features,match preview analysis,Technology update and health news etc. Newsaffairng is working on employing a large number of dedicated team of staff editors and freelance reporters to add to the few we have so that they can produce rich content around the world.Both editors and freelance are scattered over the continent with good knowledge of sport(football),Health and Technology. We cover a wider range of topics which have made our reader able to enjoy what we have to offer.
Contact us: Justnewsaffair@yahoo.com

Wilson and Marko Grujic heading to the exist door as Liverpool...