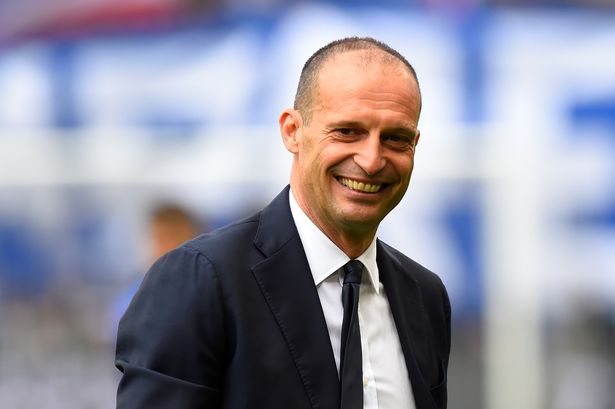 Based on observation showing that the Frenchman has remained tight-lipped on whether he will remain in charge of Los Blancos or not but recent comment shows that he is willing to leave.

It must be noted that the Spanish giant Real Madrid are thought to be making contingency plans for his possible departure, with former striker Raul understood to be on the club’s shortlist alongside Allegri for the post.

Report from reliable media house states that Real president Florentino Perez is pressing ahead with plans to hire Allegri, and he has offered the 53-year-old a two-year contract with the option of a third if the deal must pass through.

Based on the report showing that Allegri can expect an annual salary of €10m (£8.6m) per season in the Spanish capital, which would be his first job back in management since his departure from Juventus in the summer of 2019.

Other report also states that the Old Lady are also rumoured to be keeping tabs on Zidane’s situation, with Andrea Pirlo’s job in the dugout far from secure for now

newsaffairng - June 11, 2021
0
Load more
Newsaffairng is a joint venture of great people of like mind and friends who see news in their area as important as the food they eat. The story of our love for infrmation and News was mainly for those who believed that there is no news that is complete until is ready by all.Packed with statistics,fact,figures and insight knowledge of some area(sport,Health & Tech) needed by people to get awareness we hope to provide our reader/viewers something different from the usual. It was designed,developed and maintained with one thing in mind which is to bring to his viewers a first class information on areas of Sport,Health,Technology and general news from the horses month. Newsaffairng is born to provide exclusive player and manager interviews of football and providing viewer/fans with current features,match preview analysis,Technology update and health news etc. Newsaffairng is working on employing a large number of dedicated team of staff editors and freelance reporters to add to the few we have so that they can produce rich content around the world.Both editors and freelance are scattered over the continent with good knowledge of sport(football),Health and Technology. We cover a wider range of topics which have made our reader able to enjoy what we have to offer.
Contact us: Justnewsaffair@yahoo.com

Liverpool in the Market for any signing likely Ismaila Sarr from...