How 2023 presidency pits North Central against self

US couple arrested in plan to join IS in Yemen

No going back on self-determination, Akintoye restates

OPEC+ expected to stay cautious in face of market jitters

The leadership challenge of Good Friday

Issues at stake on true federalism. 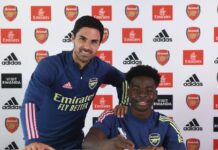