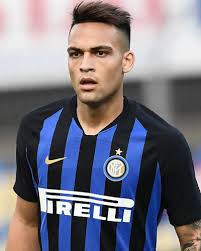 According to Football Scout saying that the EPL Giant Manchester City have come out openly to  earmarked two player needed in January transfer market which are Inter Milan’s Lautaro Martinez and Borussia Dortmund’s Erling Braut Haaland. City respected Boss Pep Guardiola is also more concerned about his two top strikers which are Sergio Aguero and Gabriel Jesus currently battling with injuries this season and these has lead to Ferran Torres leading  the attack line on a couple of matches these season.

Based on club information it was also noted that Aguero’s contract with the Citizens expires next summer and there are alot of uncertainty surrounding it renewal for now but judging from various interviews granted by the 32 years old striker Aguero ,who has started making preparation concerning his move away from city in case his contract is not renewed.

Quoting media houses saying that club management and City Boss Guardiola is still optimistic that the playmaker will agree to an extension irrespective of his injury position with the EPL giant looking at a future replacement in the forms of Haaland and Martinez.

Following Man City intention concerning the player included in the January transfer which is believed that they are genuine contenders for Haaland’s signature after studying his stellar displays for Dortmund last season.

Although it is believed that City might have to compete with Spanish Giant Real Madrid who is seen as currently monitoring the Dortmund playmaker silently.

As a result, a move for Martinez supposedly looks more likely, with the 23-year-old remaining at Inter despite strong interest from Barcelona, who are now thought to be financially incapable of signing him.

Club record currently states that Martinez has five goals and two assists for Inter currently with strong interest building from Barcelona who is seen a financial down.

Bremer leaves FC Torino for Juventus with an offer of €41...