Queues resurface in Lagos, Abuja, others

My target is to reposition global football Pinnick

I cant be silenced Mr Macaroni

I once battled depression Juliet Ibrahim

How local hunters rescued me, others from kidnappers Osun farmer

My FAVOURITE With Saidat Balogun Avala

God is super-committed to virgins

Bring back the family traditions you once enjoyed

Fibroids can cause infertility but there is solution

Govs, frontline workers get jabs in Lagos, Ogun, Delta, others

NYSC dismisses 34 employees over misconduct, others 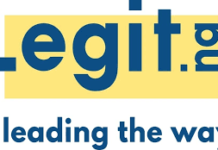