Be Resilient And Defend Yourselves, Zulum Tells Residents Of Borno Community

Two Years After, Tinubu Opens Up: We Brought Sanwo-Olu To Rescue Lagos

Power Should Shift To S’East In 2023 –Monday Ubani

When Reps Disagreed On Possession Of Firearms.

How a female friend made me dump football for athletics, by physically-challenged athlete

Mary Njoku: N1m for anyone with proof I pay graduates poorly.

Obafemi Martins opens up on clash with Burna Boy.

AKINOLA AKANO: I had gone several months without securing an acting role 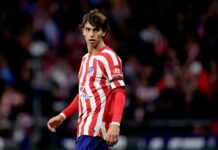 Arsenal planning to have Joao Felix on loan