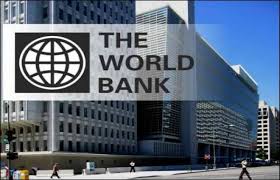 Report from The World Bank have shown that they might suspend the financing of coronavirus vaccines in Lebanon over what they see as a violations by legislators who were vaccinated inside Parliament.

Based on the observation noted by the World Bank group saying that the vaccination was based on favoritism which is against the ethics of the grant.

Although it was noted that Lebanon received its first batch of the Pfizer-BioNTech vaccine – 28,000 doses this February with the help of the financial aid from the World Bank which have a condition included in it that it would be monitored to ensure the shot went to those most in need of it.

Based on the World Bank condition which has it that its first operational funding was the purchase of COVID-19 vaccines in which the lender reallocated $34m to help Lebanon inoculate more than two million people in the first line of operation.

According to Parliament’s Secretary-General Adnan Daher who was  quoted as saying by most most local media that 16 deputies as well as four parliamentary staff, all aged above 75 year have all received a COVID-19 jab inside the legislature and he further stated that they were all registered for the vaccine with the health ministry with no rule broken at all.

With the above observation which World Bank said they broke the terms of the agreement with the government.

Quoting the World Bank representative in his own word saying “We would record it as a breach of terms and conditions agreed with us for fair and equitable vaccination,” Saroj Kumar Jha, World Bank regional director, said on Twitter. “Everyone has to register and wait for their turn,” he added.

“Upon confirmation of [a] violation, the World Bank may suspend financing for vaccines and support for COVID-19 response across Lebanon,” Jha said.

World Bank further raised anger in a country like Lebanon where many citizen have lost faith in the corrupt political class.

GLOBAL REASON TO HAVE SEX DAILY-3