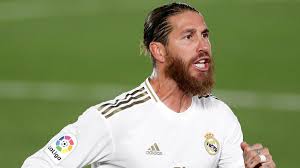 It have come to the notice of sport reporter that Real Madrid Captain Sergio Ramos has rejected the two contract offers given to him by the club management and he might likely move to the exist door after rejecting two contract extension offers’.

Although the 34-year Old Ramos who is known to have spent over 15 at the Bernabeu is reportedly already planning his next step to join a new European club after his contract expiration.

According to a respected Spanish journalist called Siro Lopez who said that Ramos has rejected the two-year contract extension Real tabled with a 10 per cent salary reduction placed on it as a result of the Covid-19 pandemic currently affecting all the European Clubs.

It was also noted that the Madrid captain also rejected a separate proposal table by Madrid for a one-year contract extension on his existing salary of £10.5million net.

Information gathered by our sport correspondant states the Madrid centre back is currently in club rehabilitation center following a knee operation and hasn’t played since the semi-final of the Spanish Super Cup against Athletic Bilbao on January 14 of 2021.

Based on medical report the club captain is expected to return to the field in April for what sport Analyst see as a set of farewell appearances but without supporters in attendance as a result of the pandemic.

Also gathered from our monitor report from Spain saying that Madrid expect to bring in David Alaba who is clearly leaving Bayern Munich for nothing when his deal runs out at the end of the season with Ramos.

Madrid is also in the picture to renew Raphael Varane’s contract but will go into the market for another central defender if they confirm that he is not willing to stay for another renewal.

Judging in the league table Madrid team are currently second in the LaLiga table as a result of their 2-0 win over Getafe on Tuesday evening but it was observed that the ring leaders Atletico Madrid are five points clear with two games in hand.

newsaffairng - January 13, 2022
0
Load more
Newsaffairng is a joint venture of great people of like mind and friends who see news in their area as important as the food they eat. The story of our love for infrmation and News was mainly for those who believed that there is no news that is complete until is ready by all.Packed with statistics,fact,figures and insight knowledge of some area(sport,Health & Tech) needed by people to get awareness we hope to provide our reader/viewers something different from the usual. It was designed,developed and maintained with one thing in mind which is to bring to his viewers a first class information on areas of Sport,Health,Technology and general news from the horses month. Newsaffairng is born to provide exclusive player and manager interviews of football and providing viewer/fans with current features,match preview analysis,Technology update and health news etc. Newsaffairng is working on employing a large number of dedicated team of staff editors and freelance reporters to add to the few we have so that they can produce rich content around the world.Both editors and freelance are scattered over the continent with good knowledge of sport(football),Health and Technology. We cover a wider range of topics which have made our reader able to enjoy what we have to offer.
Contact us: Justnewsaffair@yahoo.com