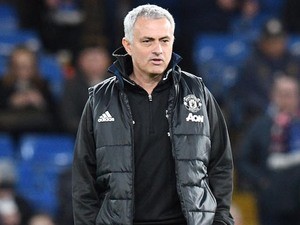 According to the Boss saying that the club are really waiting for the right moment for them to start the talks with the South Korean star once the pandemic has eased a little.

Based on club action on players contract renewal which shows that Spurs have since put non-urgent contract talks on player like ice including negotiations with so call Son as the club’s long-term financial outlook remains unclear for now.

Based on current happening in the world with special regard to the Virus called Corona which has lead to club like Tottenham revenues to have been declined by the pandemic and the special one Mourinho has said it is impossible for clubs to tie down star players amid the ongoing uncertainty for now.

It was also noted with pleasure when the special one Mourinho is confident about Son whose current contract expires in 2023.

Judging the Boss reaction after Son scored his 13th Premier League goal of the season in Sunday’s 2-0 win against WestBrom, the special one Mourinho saidin his own word saying “Son is not a problem, he has a contract still for a couple of years if I am not wrong maybe even three. I believe, just to wait for the right moment to do a fresh talking for the playmaker”

He continued “Probably this situation with the world where we are, the covid situation, I do not think it is the right moment for players and clubs to discuss contracts with so many people losing jobs and not working and difficulties. I believe that when the sun shines again for the world, I believe the club and Son they are going to arrive quite easily to a conclusion for the player and the club.”

David Beckham : I want Sergio Ramos to come to Inter...