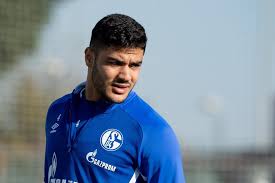 Judging from the look of things currently in the premier league and the ambitious need of Liverpool trying to chase the league again has made Liverpool manager Jurgen Klopp explaining his reaction to the decision behind signing Ozan Kabak from Schalke 04 these season.

It was noted that Liverpool signed the 20-year-old defender on loan with an obligation to buy provided he performs well.

Based on the Bundesliga showing that Schalke who is currently last in their league table is will to sell the player to enable them meet up their financial demand.

Based on Klop judgement who made it clear that knows that Kabak is a huge talent with a lot of experience for his age as a player.

He continued “The Reds boss also underlined how much a new defender was needed due to the injury problems they have had at the back this season.

Currently it was noted that Liverpool have Virgil van Dijk, Joe Gomez and Joel Matip all out injured these season and the club needs a replacement for them to stay on top.

newsaffairng - May 29, 2021
0
Load more
Newsaffairng is a joint venture of great people of like mind and friends who see news in their area as important as the food they eat. The story of our love for infrmation and News was mainly for those who believed that there is no news that is complete until is ready by all.Packed with statistics,fact,figures and insight knowledge of some area(sport,Health & Tech) needed by people to get awareness we hope to provide our reader/viewers something different from the usual. It was designed,developed and maintained with one thing in mind which is to bring to his viewers a first class information on areas of Sport,Health,Technology and general news from the horses month. Newsaffairng is born to provide exclusive player and manager interviews of football and providing viewer/fans with current features,match preview analysis,Technology update and health news etc. Newsaffairng is working on employing a large number of dedicated team of staff editors and freelance reporters to add to the few we have so that they can produce rich content around the world.Both editors and freelance are scattered over the continent with good knowledge of sport(football),Health and Technology. We cover a wider range of topics which have made our reader able to enjoy what we have to offer.
Contact us: Justnewsaffair@yahoo.com

Juventus Star Striker Morata says “In January I could move to...

NEW SIGNING KEEPS VARANE OUT OF TOP 10 MOST EXPENSIVE DEFENDERS...