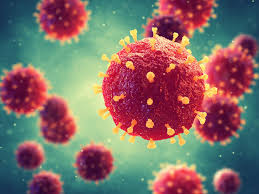 With the Global Virus causing more problem than before and Health experts also believing that there are likely far more people who died from the coronavirus disease than those unreported by the media.

The world is a global village and information have shown that 2 million COVID-19 deaths has been reported with the the rush by nations to roll out enough vaccines to save their populations.

Although the milestone was reached barely a year according to medical expect saying that the first death from the highly contagious disease was marked on January, 11, 2020 in Wuhan, China where the disease was said to have originated before it became a global pandemic all over the world.

It must be noted that with the roll out of vaccines, medical experts are anticipate there will be a reduction in mortality but there have been more deaths especially in countries where the second wave of the virus is spreading so fast without control.

Report based on information of Last Friday saying that Nigeria announced its deadliest day of the pandemic with 23 lives lost under 24 hours, the country’s sharpest daily fatality toll was put into danger.

Quoting medical expert saying “The reason for rise in fatalities is not far-fetched. When there are is a sharp rise in new cases, there will definitely be more deaths”

It was Gobla observed that barely a week after the global coronavirus infection hit 90 million, another 5 million has been added to the toll.

The global have crossed 95 million with 95,451,804 cases reported as of Sunday evening and more is still coming.

GLOBAL REASON TO HAVE SEX DAILY-4

How Early Dinner Can Help Your Burn The Body Fat .