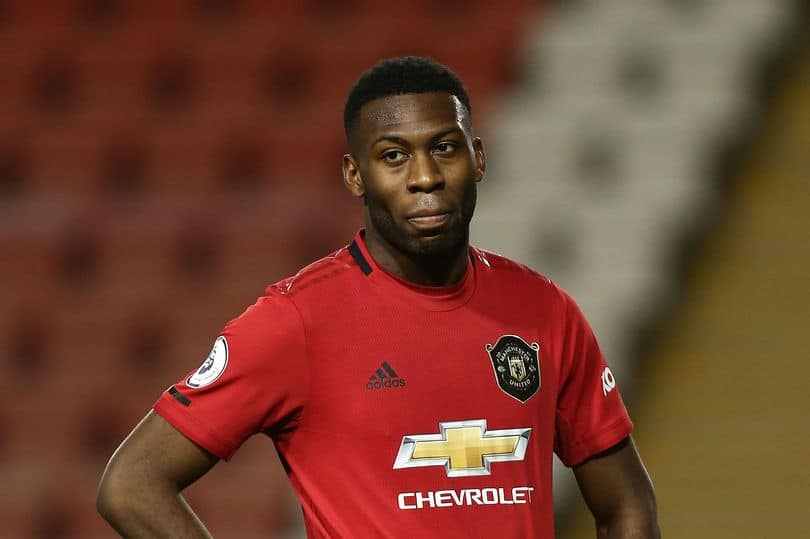 According to report from our sport  correspondant saying that United defender Timothy Fosu-Mensah is reportedly closing in on a January transfer to Bundesliga outfit Bayer Leverkusen to enable him get a regular shirt for now.

Even report from reputable media houses like the Manchester Evening News saying that Manchester United ace Timothy Fosu-Mensah is on the verge of completing a transfer to Bundesliga giants Bayer Leverkusen in the ongoing January transfer window.

Based on report saying that Fosu-Mensah joined the Manchester United youth ranks in 2014 from Dutch heavyweights team Ajax and the versatile midfielder made his first-team debut in February 2016 under then-manager Louis van Gaal.

It was also noted that the 23-year-old has struggled to carve out a place for himself in the side since joining the club and has just 30 senior appearances.

Further report also states that Fosu-Mensah had loan stints away at Crystal Palace and Fulham in the 2017/18 and 2018/19 seasons in which he returned to Manchester United in 2019.

With the defender spent the majority of the 2019/20 campaign out on the sidelines with injury which affected his playing time before making a handful of appearances towards the end of the season.

It was observed that when Diogo Dalot was loaned out to AC Milan in the summer,analyst believed that Ole Gunnar Solskjaer would be using Fosu-Mensah as the cover for first-choice right-back Aaron Wan-Bissaka but that has not been the case with the Netherlands international featuring just three times in all competitions so far this term.

It was also observed that with the likes of Axel Tuanzebe, Brandon Williams and even Victor Lindelof all been used ahead of Fosu-Mensah in the packing order.

According to reliable sources saying that the player the contract offer made by the Red Devils, following which Solskjaer confirmed last week that the 23-year-old will be leaving the club either this month or at the end of the season on a free transfer to enable him get good playing time.

Other report also states that Fosu-Mensah was being pursued by a number of reputable club like German clubs as well as boyhood club Ajax with report stating that the player himself was understood to be seeking a return to the Netherlands, a move to Bayer Leverkusen.

newsaffairng - December 21, 2021
0
Load more
Newsaffairng is a joint venture of great people of like mind and friends who see news in their area as important as the food they eat. The story of our love for infrmation and News was mainly for those who believed that there is no news that is complete until is ready by all.Packed with statistics,fact,figures and insight knowledge of some area(sport,Health & Tech) needed by people to get awareness we hope to provide our reader/viewers something different from the usual. It was designed,developed and maintained with one thing in mind which is to bring to his viewers a first class information on areas of Sport,Health,Technology and general news from the horses month. Newsaffairng is born to provide exclusive player and manager interviews of football and providing viewer/fans with current features,match preview analysis,Technology update and health news etc. Newsaffairng is working on employing a large number of dedicated team of staff editors and freelance reporters to add to the few we have so that they can produce rich content around the world.Both editors and freelance are scattered over the continent with good knowledge of sport(football),Health and Technology. We cover a wider range of topics which have made our reader able to enjoy what we have to offer.
Contact us: Justnewsaffair@yahoo.com