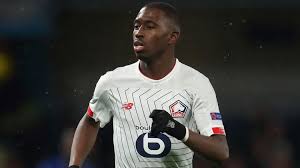 It was noted that the 21-year-old has been linked with a move away from his French club over the last 12 months with two premier leagues like United and Liverpool and  an Italian club AC Milan all believed to be interested in player switching services.

Based on performance Boubakary has been a key player for Lille during the 2020-21 campaign with 21 appearances in all competitions added to his profile but the speculation surrounding his future continues to gather pace day in day out.

Respecting the view of respected Italian journalist Vito Angele saying “The 20-time English champions are leading the race to sign the Frenchman, potentially at the end of the season”

“He is an important player but I don’t think he will be coming to Serie A,” Angele told The Italian Football Podcast. “Man Utd are working on him and they are the favorites to sign him right now. Lille are also asking a high price for him which is too much for Milan to meet for now.”

Soumare’s existing deal at Stade Pierre-Mauroy is due to expire in June 2022 based on the club report.