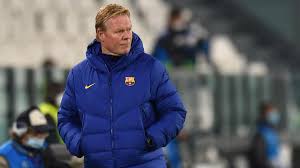 Although it was noted that Barca will face Athletic Bilbao on Wednesday with the hope reducing their 10-point gap behind La Liga leaders Atletico Madrid, who have also played one game fewer than the Catalans for now.

According to sport analyst saying that more pressure is already mounting on Koeman, whose future could become more uncertain when the club’s new president is voted in later this month.

Although the tactician was asked when his methods will deliver better performances, Koeman said: “Little by little we are going to see it. We have tried to take the team forward and to prepare them for the championship but we have important players out injured and I have a squad I have not been able to change much. I need more time to impose my ideas.”

According to the interview in which Koeman have already confirmed midfielder Carles Alena will be allowed to leave, with the 23-year-old expected to join Getafe on loan for now.

Based on the financial position of Spanish giant for now have proved that there are not likely to be many arrivals this month at Camp Nou.

Quoting the Barcelona Coach saying “Every coach, every January is thinking about how they can improve their team,. “I have made a plan of ins and outs. If it is possible or not depends on the club. If not, we continue with what we have for now”

It was also observed that Barcelona had to postpone training on Tuesday after two members of staff had tested positive for coronavirus.

With another round of tests carried out on Tuesday morning but the club reported no further positive cases and training went ahead on Tuesday evening to enable them prepare for the matches ahead.

“We were calm,” said Koeman. “There are things in life it is not possible to control.”

Based on the current football calendar showing that Barca will be up against an Athletic Bilbao side playing their first game under new coach Marcelino Garcia Toral, the former Valencia boss appointed on Sunday after the sacking of Gaizka Garitano.

With Bilbao siting ninth in La Liga, having won only six of their 17 league games this term might prove difficult to win. 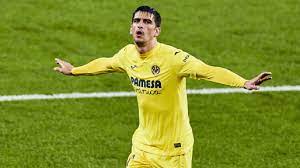