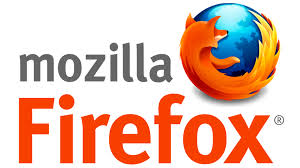 Service users are really more concerned about what they want and how much they can offer for now. Firefox users may have to use built-in sync functionality
to synchronize data between instances of Firefox when they decide to use it. Although these instances can be on the same computer with different profiles, or on different local or remote machines depending on the user concerned.

We must noted that Syncing is very  useful to make sure that certain data or information like the bookmarks and passwords are always identical between devices that you use.

One important issues with Firefox’s sync service is that it was not designed to be a backup service as noted although it did support syncing data to the cloud to push the data to other devices which makes it more reliable but it happened at times that the service would lose some of the data if not properly done.

Recently it was observed that Mozilla started to work on a new Rust-based sync service for Firefox and they have revealed it now in a new blog post on the official Services blog to enable IT reporter learn a little about what is about to come.

It must be noted that there are differences between the old and new Sync backend which is that the new one behaving like a backup service now, this means that it won’t lose databases or data anymore as it relies on a distributed database to store the data secure when compared with the old one.

A lot of IT folks expected it to be a Backup service initially but the good news for now is that it is another real backup service. Sync is more reliable now than before . It must also be noted as it  uses a distributed database to store your data securely so we no longer lose databases as before.

Although we now know that Mozilla Support site  with a few cases of lost data, e.g. of users who formatted their PC, reinstalled Firefox, enabled Sync, only to find out that Sync was not finding any data don’t happen again.

We must note that Firefox Sync is” NOT A BACKUP SERVICE “as most user think but it was not designed to be one, nor does it function like one but it is good to note that there is no permanent or complete copy of your data on the Firefox Sync server.

With more detailed publication with time it is good to note that the data is stored using Google Cloud’s Spanner database with the new backend which is very compatible with old and new versions of Firefox that support sync, and self-hosting as well. IT Users who self-host the Sync server need some little patience though as Mozilla is still working to see that getting rid of bugs and other issues is a key factor.

Users who feel like exploring can also help Mozilla by providing feedback after setting up a self-hosted solution for themselves.

Finally since Mozilla announced in September 2020 that it has revisited the Sync infrastructure which  its Firefox web browser uses to eliminate data loss issues we must also note that Firefox’s Sync service will be more reliable in the future to come and that the days of sync data not being available anymore are finally over once their complete migration is achieved from their end.