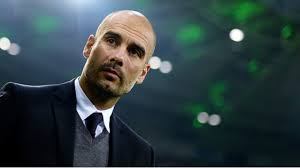 Recent report has stated that EPL giant Manchester City have decided to extended Pep Guardiola’s contract for another two years thereby helping the media to end the speculation that he could leave the club at the end of the season.

It was noted that his contract extension will be seen as a plus in the sense that Mauricio Pochettino will be available for Manchester United in case they decide to change their current coach at Old Trafford.

Quoting club management saying “Since then we have achieved a great deal together, scored goals, won games and trophies, and we are all very proud of that success at the club presently”.

With these acceptance which has made Guardiola to end any speculation over his future by signing a new two-year contract at the Etihad.

Based on club report saying that Pep was in the final year of his contract and been monitored by alot of club seeing him as a good replacement in times of need.

Having been linked with a potential return to the Spanish giant Barcelona and he claimed that his era at Nou Camp is over and not ready to return back to Spain for now.

Also quoting City Boss Pep saying that
“Having that kind of support is the best thing any manager can have. I have everything I could possibly want to do my job well and I am humbled by the confidence the owner, chairman, Ferran (Soriano) and Txiki (Begiristain) have shown in me to continue for two more years after this season irrespecyive of my difficult challenges.

He further stated also that “The challenge for us is to continue improving and evolving and I am very excited about helping Manchester City do that.”

Credited to the City Boss profile is that he has won two Premier League titles, one FA Cup and three League Cups with the EPL City, though the prize the club covets the most – the Champions League – has so far eluded them for now.

Further report states that due to the uncertainty surrounding Guardiola’s future, it was observed that Etihad chiefs were lining up potential replacements in case he fills that he is not ready for any extension.

Former Spur Boss Pochettino was seen to be at the top of the priority list for now after falling to get a placement after leaving the club two years ago.

It must be noted that the the Argentine boss was heavily linked with alot of top European club who has seen him as a quality Coarch that can delivers for any club in times of need.

newsaffairng - April 9, 2021
0
Load more
Newsaffairng is a joint venture of great people of like mind and friends who see news in their area as important as the food they eat. The story of our love for infrmation and News was mainly for those who believed that there is no news that is complete until is ready by all.Packed with statistics,fact,figures and insight knowledge of some area(sport,Health & Tech) needed by people to get awareness we hope to provide our reader/viewers something different from the usual. It was designed,developed and maintained with one thing in mind which is to bring to his viewers a first class information on areas of Sport,Health,Technology and general news from the horses month. Newsaffairng is born to provide exclusive player and manager interviews of football and providing viewer/fans with current features,match preview analysis,Technology update and health news etc. Newsaffairng is working on employing a large number of dedicated team of staff editors and freelance reporters to add to the few we have so that they can produce rich content around the world.Both editors and freelance are scattered over the continent with good knowledge of sport(football),Health and Technology. We cover a wider range of topics which have made our reader able to enjoy what we have to offer.
Contact us: Justnewsaffair@yahoo.com

Spanish giant Barcelona are willing to extend the contract of Ronald...

Barcelona Ready to fund Haaland move through the sales of Antoine...