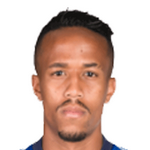 Following the  club statistics showing that  Eder Militao which plays the  position of central  defense in Real Madrid have only made three appearances for Zinedine Zidane’s side this season and football scout are not sure if the club will be ready to sanction the sale of the established defender.

Although it must be noted that English Premiership side Liverpool are seriously prepared to offer about £36m in a bid for Real Madrid defender Eder Militao if they are willing to sale.

Club report shows that the Merseyside club’s injury issues have gone from bad to worst during the international break with another player which is the England’s Joe Gomez forced to undergo surgery after suffering a serious knee injury recently.

Club statistics shows that Gomez has joined the likes of Virgil van Dijk on the injury sidelines which might keep him on bench for the rest of the season and these might lead to the Reds rushing to the transfer market again by January for a new player to cover up for the central defense of the club.

Similar report from out football analyst are saying that Liverpool Boss Jurgen Klopp should have been prepared earlier after noticing that the Brazil international was struggling to show his best form for Madrid since his arrival at the club from Porto in July 2019 season.

One fact is sure, which is Liverpool are prepared to pay up to £36m offer for the South American but we are not sure of Madrid will let go the defender these coming season.

newsaffairng - August 26, 2020
0
Load more
Newsaffairng is a joint venture of great people of like mind and friends who see news in their area as important as the food they eat. The story of our love for infrmation and News was mainly for those who believed that there is no news that is complete until is ready by all.Packed with statistics,fact,figures and insight knowledge of some area(sport,Health & Tech) needed by people to get awareness we hope to provide our reader/viewers something different from the usual. It was designed,developed and maintained with one thing in mind which is to bring to his viewers a first class information on areas of Sport,Health,Technology and general news from the horses month. Newsaffairng is born to provide exclusive player and manager interviews of football and providing viewer/fans with current features,match preview analysis,Technology update and health news etc. Newsaffairng is working on employing a large number of dedicated team of staff editors and freelance reporters to add to the few we have so that they can produce rich content around the world.Both editors and freelance are scattered over the continent with good knowledge of sport(football),Health and Technology. We cover a wider range of topics which have made our reader able to enjoy what we have to offer.
Contact us: Justnewsaffair@yahoo.com