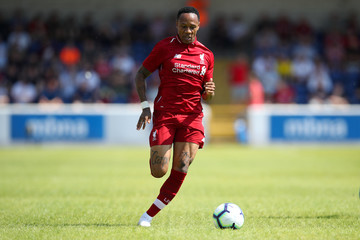 Formal Liverpool Man Nathaniel Clyne has officially signed a short term contract with Crystal Palace which used to be his his boyhood club. It was noted that the formal Liverpool right back ended his contract this June and the Red where not ready to renew his contract stay with them.

Based on his football history the 29-year-old Clyne was noted to have joined Liverpool from Southampton in July of 2015 and was able to cemented his role as the first choice right back in which he made 93 appearances in his first two seasons with them.

With two seasons with Epl champion Liverpool and his ability to be constant in the Liverpool lineup for those  season , Clyne suffered a back injury prior to the 2017-18 season which lead to him out of the lineup until February, Trent Alexander-Arnold emerged as a star in the making, and Clyne was relegated to a backup role as a result of his injury position.

As a result of injury and his lack of playing times which lead to him been loaned out to Bournemouth in January of 2019, making 15 appearances for the Cherries over the second half of the season at that time.

History also have it that the right back returned to Liverpool in the summer after the Loan deal and he was linked to another move to Crystal Palace before he suffered an ACL injury in a pre-season friendly against Borussia Dortmund in July of 2019 season which lead to an  injury that ended his Liverpool stay but with two goals and five assists during his stay with the Red.

Finally he has now join Crystal Palace where he stated his football career. Football analyst continue to say that Clyne was a key member of the Palace squad before he left to join newly promoted Southampton eight years ago at a lovely age 20 where he was allowed to play 46 matches in the 2010-11 Championship season.

newsaffairng - September 4, 2020
0
Load more
Newsaffairng is a joint venture of great people of like mind and friends who see news in their area as important as the food they eat. The story of our love for infrmation and News was mainly for those who believed that there is no news that is complete until is ready by all.Packed with statistics,fact,figures and insight knowledge of some area(sport,Health & Tech) needed by people to get awareness we hope to provide our reader/viewers something different from the usual. It was designed,developed and maintained with one thing in mind which is to bring to his viewers a first class information on areas of Sport,Health,Technology and general news from the horses month. Newsaffairng is born to provide exclusive player and manager interviews of football and providing viewer/fans with current features,match preview analysis,Technology update and health news etc. Newsaffairng is working on employing a large number of dedicated team of staff editors and freelance reporters to add to the few we have so that they can produce rich content around the world.Both editors and freelance are scattered over the continent with good knowledge of sport(football),Health and Technology. We cover a wider range of topics which have made our reader able to enjoy what we have to offer.
Contact us: Justnewsaffair@yahoo.com

Bournemouth agrees to pay £20m to Lorient for Dango Ouattara.