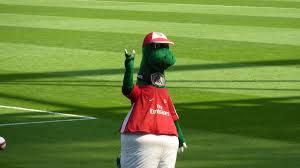 On the Bench Arsenal respected midfielder Mesut Ozil has stepped in to the matter to save the club’s giant Gunnersaurus from extinction after it was official known  that the man behind the mascot had been released as part of cost-cutting measures for the Gunners.

It was noted that Jerry Quy who has been playing the role of the dinosaur mascot since 1993 will have to go as a result of the empty  stadium caused by coronavirus crisis.

Quoting the playmaker Ozil saying “I was so sad that Jerry Quy aka our famous & loyal mascot @Gunnersaurus and integral part of our club was being made redundant after 27 years and as such, I’m offering to reimburse @Arsenal with the full salary of our big green guy as long as I will be an Arsenal player…”

It was also noted that a GoFundMe page titled “Save Gunnersaurus” has already raised more than £10,000 ($13,000) for the loyal Arsenal Fan.

A statement on the page of GoFundMe saying “Gunnersaurus has been the Arsenal club mascot for 27 years. He’s a club icon and we cannot let him become extinct.

“Played by lifelong fan Jerry Quy, it would be a terrible shame to lose him. The mascot league is the only one we’ve consistently been on top of, let’s keep our all-time top scorer on top.”

Former players have also spoken up in support of the Gunnersaurus to stay at the club irrespective of their financial position.

According to Club statistics saying that Ozil is the club’s highest earner, on a reported £300,000 ($390,000) per week, despite his limited role on the field in recent time and the German has not played a minute for the club since before the coronavirus lockdown in March as noted.

Although the FA Cup winners Arsenal announced in August they were planning to cut 55 jobs due to the damaging effect of the coronavirus pandemic on the club’s finances with nobody believing that the Loyal Giant will be affected by the financial situation.

Based on Observation from the Premier League club saying that their main sources of income had all been hit, including broadcast revenue, matchday takings, commercial activity and other factors affecting the position of the club right now. 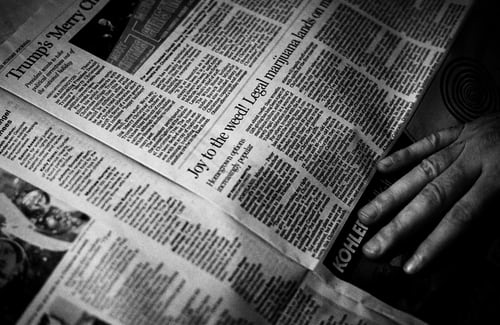 newsaffairng - April 15, 2021
0
Load more
Newsaffairng is a joint venture of great people of like mind and friends who see news in their area as important as the food they eat. The story of our love for infrmation and News was mainly for those who believed that there is no news that is complete until is ready by all.Packed with statistics,fact,figures and insight knowledge of some area(sport,Health & Tech) needed by people to get awareness we hope to provide our reader/viewers something different from the usual. It was designed,developed and maintained with one thing in mind which is to bring to his viewers a first class information on areas of Sport,Health,Technology and general news from the horses month. Newsaffairng is born to provide exclusive player and manager interviews of football and providing viewer/fans with current features,match preview analysis,Technology update and health news etc. Newsaffairng is working on employing a large number of dedicated team of staff editors and freelance reporters to add to the few we have so that they can produce rich content around the world.Both editors and freelance are scattered over the continent with good knowledge of sport(football),Health and Technology. We cover a wider range of topics which have made our reader able to enjoy what we have to offer.
Contact us: Justnewsaffair@yahoo.com