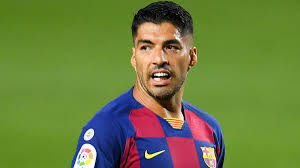 Football Scout are having it in mind that the future of Luis Suarez has been the talk of the transfer window as the Barcelona star is seen as a star with plenty qualities to offer.

It was noted in August that new Barcelona boss Ronald Koeman had told the former Liverpool striker that he was no longer needed by the Spanish Giant and was told to find a new club immediately before the transfer window closes..

Following the player’s movement it was observed that Old lady Juventus were said to be interested in signing the playermaker and football fans at Juventus started having the dreaming of seeing him link up with Cristiano Ronaldo and Paulo Dybala in Turin immediately.

Although it look like the Serie A champions have cooled their interest in Suarez because they feel a move might be too tough to pull off for a player of his standard that have a lot to offer the Old lady for now.

It must be noted that irrespective of passing an Italian language exam during his meeting with club management but it will still be hard for the South American to secure a passport and the right to work in Italy as assumed.

According to Juventus New boss Andrea Pirlo interview with reporters saying that “Suarez is difficult because the times to get a passport are long and it is complicated that [our new striker] can be him.”

Analyst are saying what next for Suarez? but it was recently claimed that Koeman has made a U-turn on his decision to cut the forward and now wants to include him in Barcelona’s plans if the club agree on these new  proposal.

A reliable Spanish outlet reports that Suarez have even reached a ‘total agreement’ with Los Rojiblancos and the club will offer him a two-year contract based on agreement.

Based on report it must be noted that the details of his salary have not been shared to anybody although report claimed that both Diego Simeone and Atletico’s CEO Miguel Angel Gil Marin have been in constant contact with Suarez to reassure the player that he’s their number one choice in the new signing for the season.

We must also establish here that the fact is there is an agreement on personal terms which doesn’t mean the deal is done yet or the deal will pass through.

Based on the above it is believed that Atletico Madrid will have to negotiate a fee with Spanish Giant Barcelona and will likely have to offload current striker Diego Costa to free up some of their wage bill of the club which is believed to be rising for now.

PSG Decide on Keeping Hold Of Neymar By Offering Him A New Deal.

newsaffairng - August 7, 2022
0
Load more
Newsaffairng is a joint venture of great people of like mind and friends who see news in their area as important as the food they eat. The story of our love for infrmation and News was mainly for those who believed that there is no news that is complete until is ready by all.Packed with statistics,fact,figures and insight knowledge of some area(sport,Health & Tech) needed by people to get awareness we hope to provide our reader/viewers something different from the usual. It was designed,developed and maintained with one thing in mind which is to bring to his viewers a first class information on areas of Sport,Health,Technology and general news from the horses month. Newsaffairng is born to provide exclusive player and manager interviews of football and providing viewer/fans with current features,match preview analysis,Technology update and health news etc. Newsaffairng is working on employing a large number of dedicated team of staff editors and freelance reporters to add to the few we have so that they can produce rich content around the world.Both editors and freelance are scattered over the continent with good knowledge of sport(football),Health and Technology. We cover a wider range of topics which have made our reader able to enjoy what we have to offer.
Contact us: Justnewsaffair@yahoo.com