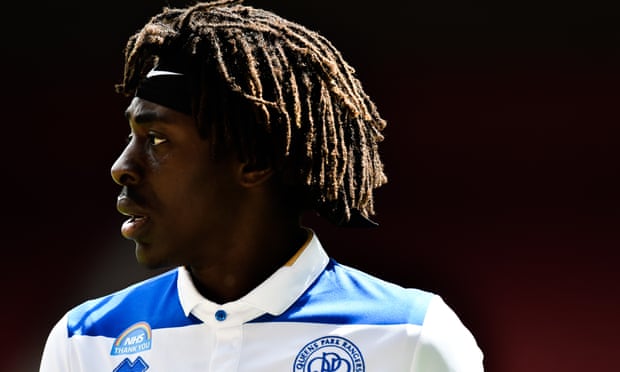 David Moyes is prepared to step up his games in order to sign QPR forward Eze.

According to football analyst saying that Eze is currently attracting interest from Aston Villa,Crystal Palace ,Newcastle and West Bronwich Albion.

With the position of things at WestHam and with hope of not selling Declan Rice to Chelsea but the club are faced with serious competition particularly from Palace who are ready to spend well in the new season.

It was noted that they where able to sign Jarrod Bowen from Hull city for £22m in January who played a good role in making sure they club was not relegated from the premier League.

newsaffairng - October 6, 2021
0
Load more
Newsaffairng is a joint venture of great people of like mind and friends who see news in their area as important as the food they eat. The story of our love for infrmation and News was mainly for those who believed that there is no news that is complete until is ready by all.Packed with statistics,fact,figures and insight knowledge of some area(sport,Health & Tech) needed by people to get awareness we hope to provide our reader/viewers something different from the usual. It was designed,developed and maintained with one thing in mind which is to bring to his viewers a first class information on areas of Sport,Health,Technology and general news from the horses month. Newsaffairng is born to provide exclusive player and manager interviews of football and providing viewer/fans with current features,match preview analysis,Technology update and health news etc. Newsaffairng is working on employing a large number of dedicated team of staff editors and freelance reporters to add to the few we have so that they can produce rich content around the world.Both editors and freelance are scattered over the continent with good knowledge of sport(football),Health and Technology. We cover a wider range of topics which have made our reader able to enjoy what we have to offer.
Contact us: Justnewsaffair@yahoo.com