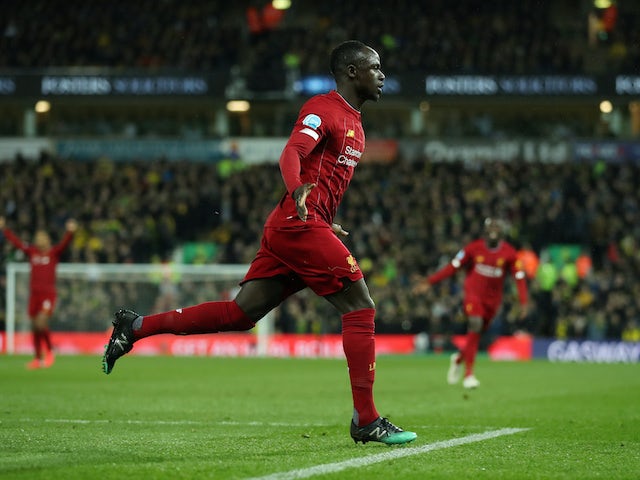 According to Football Scout saying that Madrid Boss Zinedine Zidane is a huge admirer of the Senegal Main man and would welcome the player anytime at Madrid.

Based on Club record the player have enjoyed an impressive campaign for the Reds with 19 goals and 12 assists credited to his 40 appearance these season.

There is a feeling that the Liverpool man could decide to leave Anfield ahead of the 2020-21 since he has won all he needed in EPL.

With the player not showing any indication to accept a new contract with Liverpool which has made Madrid show interest on the established attacker.

Similar report from Media houses is starting that Los Blancos Boss Zidane is willing to bring the marksman to the Spanish capital.

newsaffairng - May 22, 2022
0
Load more
Newsaffairng is a joint venture of great people of like mind and friends who see news in their area as important as the food they eat. The story of our love for infrmation and News was mainly for those who believed that there is no news that is complete until is ready by all.Packed with statistics,fact,figures and insight knowledge of some area(sport,Health & Tech) needed by people to get awareness we hope to provide our reader/viewers something different from the usual. It was designed,developed and maintained with one thing in mind which is to bring to his viewers a first class information on areas of Sport,Health,Technology and general news from the horses month. Newsaffairng is born to provide exclusive player and manager interviews of football and providing viewer/fans with current features,match preview analysis,Technology update and health news etc. Newsaffairng is working on employing a large number of dedicated team of staff editors and freelance reporters to add to the few we have so that they can produce rich content around the world.Both editors and freelance are scattered over the continent with good knowledge of sport(football),Health and Technology. We cover a wider range of topics which have made our reader able to enjoy what we have to offer.
Contact us: Justnewsaffair@yahoo.com

Ousmane Dembele says he wants to stay at Barcelona despite PSG...