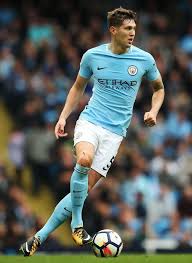 One thing is sure to any good player which is making a regular shirt for his club always and not staying at the packing order.
Club Analysis is saying that the respected centre back has only made 12 appearance for the ManCity and has not made the matchday  appearance since his transfer.

City is willing to provide a window for Everton to resign during the next window.

Following the club analysis which provide that John Stone is considered as the fourth choice centre back behind the like of Aymeric Laporte, Nicolas Otamendi and Fernandinho and these might lead to him heading the exist door.

Similar report from media house are of the option that City Boss Guardiola will aim to reshuffle the central defense and these might lead to John Stone exist.

It is believed that Gunner Boss Mikel Arteta is a huge admirer of the British player but will only be interested in a loan move.