QuickRead: Govt’s planned sanction of media channels. Four other stories we tracked and why they matter

‘Why Northern Christians will not vote for Atiku in 2023,’ VON chief, Okechukwu

2023: Okowa confident Gov Wike will remain in PDP despite disaffections

Lizzy Gold explains why celebrities are victims of abduction

Lagos-based VC firm, Oui Capital, closes $30m round. 1 other stories and a trivia

‘Why Northern Christians will not vote for Atiku in 2023,’ VON chief, Okechukwu 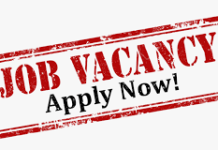