The greatness of Rafa Nadal

NCDMB seeks women inclusion in administration of funds under PIA

AFN rules out wildcard for athletes, inspects facilities in Benin

Nigeria to get first instant messaging app in Q3

CSEAN to discuss impact of rising cybercrimes at conference

States’ attorneys general meet in Lagos over VAT, others

Joshua’s victory over Usyk could force Fury out of retirement

NDLEA destroys illicit drugs worth over N1b in Oyo

Please don’t just stop after reading “The Guardian ” headline above. 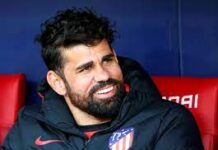