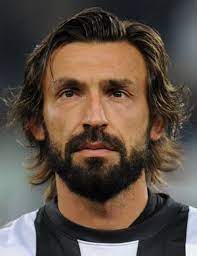 Report from our online reporter shows that Andrea Pirlo has reportedly struck a deal to manager Turkish club Karagumruk.

Based on our sources saying that Pirlo has agreed to a one-year deal with the Super Lig outfit for now.

Karagumruk are expected to make an official announcement later in the week.

Although negotiations between Pirlo and Karagumruk have been ongoing for days as reported by several media outlets including sources from Italy.

It would be the second management job for Pirlo if the deal does go ahead following his 2020-21 season stint in charge of Juventus.

The former World Cup winner helped his ex-club lift the Coppa Italia and the Supercoppa Italiana, but was still sacked to make way for Max Allegri.

Karagumruk do have Italian players in the squad with striker Fabio Borini and goalkeeper Emiliano Viviano.

And they were previously managed by Italian manager Francesco Farioli who exceeded expectations at the club and finished the last campaign in a respectable 8th position.

Farioli has now gone onto take charge of Alanyaspor.

Karagumruk are a club based in Istanbul, Turkey, on the European side of the city.

Darwin Nunez ‘tells friends that he is off to Liverpool’

newsaffairng - November 9, 2021
0
Load more
Newsaffairng is a joint venture of great people of like mind and friends who see news in their area as important as the food they eat. The story of our love for infrmation and News was mainly for those who believed that there is no news that is complete until is ready by all.Packed with statistics,fact,figures and insight knowledge of some area(sport,Health & Tech) needed by people to get awareness we hope to provide our reader/viewers something different from the usual. It was designed,developed and maintained with one thing in mind which is to bring to his viewers a first class information on areas of Sport,Health,Technology and general news from the horses month. Newsaffairng is born to provide exclusive player and manager interviews of football and providing viewer/fans with current features,match preview analysis,Technology update and health news etc. Newsaffairng is working on employing a large number of dedicated team of staff editors and freelance reporters to add to the few we have so that they can produce rich content around the world.Both editors and freelance are scattered over the continent with good knowledge of sport(football),Health and Technology. We cover a wider range of topics which have made our reader able to enjoy what we have to offer.
Contact us: Justnewsaffair@yahoo.com