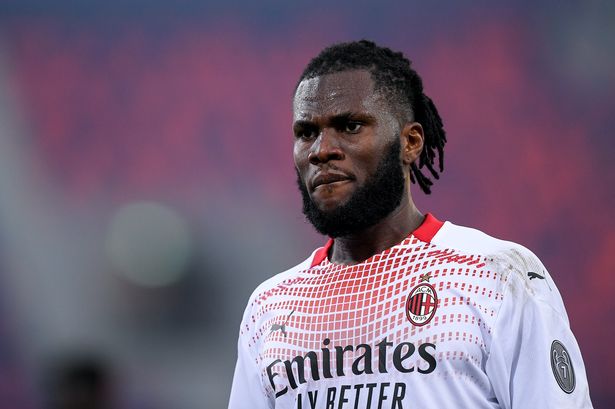 Report have shown that the 25-year-old’s deal at San Siro is due to expire at the end of June, and he is widely expected to leave on a free transfer as it was noted that the Serie A outfit was struggling to match his wage demands.

Although a number of reputable European clubs including Tottenham Hotspur, Manchester United and Paris Saint-Germain, have been credited with an interest in the Ivory Coast international based on his performance.

Report from a reputable journalist Nicolo Schira saying that Spanish giant Barcelona have offered the midfielder a lucrative contract until the end of the 2026-27 campaign.

Although Schira claims that the Catalan giants have placed a salary of £6.7m a year plus bonuses on the table in the hope of convincing him to make the move to Camp Nou this summer.

Kessie has again been an important player for Milan during the 2021-22 campaign, making 21 appearances in all competitions, contributing five goals and one assist in the process with the club

newsaffairng - May 25, 2021
0
Load more
Newsaffairng is a joint venture of great people of like mind and friends who see news in their area as important as the food they eat. The story of our love for infrmation and News was mainly for those who believed that there is no news that is complete until is ready by all.Packed with statistics,fact,figures and insight knowledge of some area(sport,Health & Tech) needed by people to get awareness we hope to provide our reader/viewers something different from the usual. It was designed,developed and maintained with one thing in mind which is to bring to his viewers a first class information on areas of Sport,Health,Technology and general news from the horses month. Newsaffairng is born to provide exclusive player and manager interviews of football and providing viewer/fans with current features,match preview analysis,Technology update and health news etc. Newsaffairng is working on employing a large number of dedicated team of staff editors and freelance reporters to add to the few we have so that they can produce rich content around the world.Both editors and freelance are scattered over the continent with good knowledge of sport(football),Health and Technology. We cover a wider range of topics which have made our reader able to enjoy what we have to offer.
Contact us: Justnewsaffair@yahoo.com