Report has shown that Ansu Fati’s agent has reportedly arrived in Barcelona with the view to securing a new long-term deal for his client and also ensure that his client is given a better wage condition with the club.

It was noted that the Catalan giants are allegedly on the verge of announcing that they have agreed a new five-year contract with Pedri as talks are also underway with Ousmane Dembele, Gavi and Ronald Araujo all together.

Although Fati’s future is also high on the club’s priority list for now but the Spain international’s current deal is due to expire at the end of the season, although the agreement can be extended for another two year based on current agreement at the point of entry to the club.

According to the player’s agent Jorge Mendes who is currently representing the 18-year-old has flown into Barcelona and will hold talks with the La Liga outfit in the coming days as agreed by both parties.

According to report as confirmed by our correspondant saying that Fati is determined to pen a new deal with Ronald Koeman’s side despite suggestions that the likes of Manchester United are keen to sign him.

It was also noted that the teenager who has recently returned from a long-term knee injury, has scored 14 times and registered five assists in 46 appearances for Barcelona in all competitions. 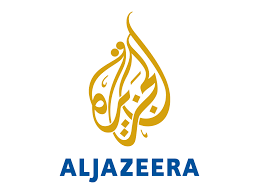