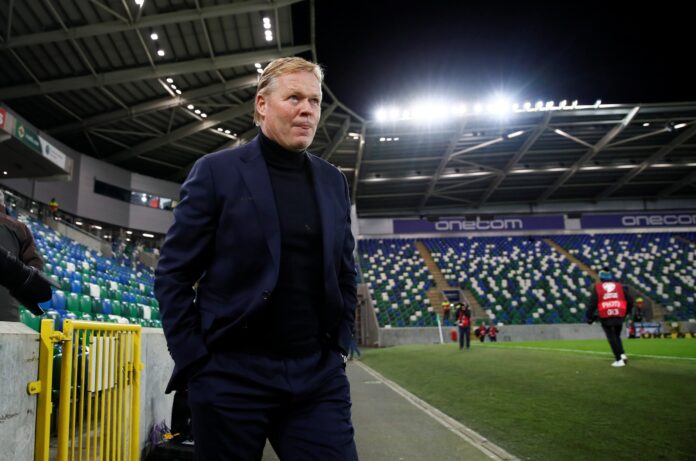 Fans and club management are not really happy following the yesterday defeat to Benfica and this has lead to Ronald revealing that he is unsure as to whether he will remain as Barcelona head coach, following their disappointing 3-0 defeat against Benfica in the Champions League on Wednesday night.

It was noted that the Catalan club have lost their opening two games in Group E, while Koeman has also failed to win on three occasions in La Liga so far this season, drawing against Athletic Bilbao, Granada and Cadiz and so on.

According to football analysis saying that Koeman’s tenure at Camp Nou is hanging by a thread, however the Dutchman believes the board must give himself and the team time to turn their fortunes around if they must progress in anything.

Quoting the Boss in his own words saying “I can’t say anything about my future because I don’t know how the club thinks in that sense. It’s not in my hands and we will see,” Koeman told sport reporters.

He continued saying “I think that, for any coach, it is always difficult if you lose two Champions League games. You have to be realistic and know that it is a delicate situation. I try perfectly. You have to try to give the team time and change things.”

“I’m only going to give my opinion about the team, about my players. I feel supported by my players; by the rest, I don’t know.”

It was noted that Barcelona legend Xavi as well as Belgium manager Roberto Martinez are two candidates being considered by the club’s hierarchy to take the club to a news level if Koeman must leave.

Everton prepared to offer Spanish Giant Real Madrid £18m for their out of favour Isco.

Amine Gouiri Currently on the Radar of Pep Guardiola