Youre a political beggar, PDP, Umahi, others knock Fani-Kayode.

Northern govs, Ladoja, others meet in Ogun as Bankole clocks 80

Afrobasket: Can D’Tigress make it three in a row

If you are a Chelsea fan, you’re not well like me ‘Ibu

I am mature now, says Akpom

Our target is to remain in NPFL ‘Remo

EPL, La Liga, Ligue 1, Serie A fixtures for this weekend

Were homeless, lost all we laboured for in one night Abuja flood victims

One shot dead, others injured as violence mars festival in Delta

An emotional affair is an infringement on your vows

A couples infertility journey through IVF 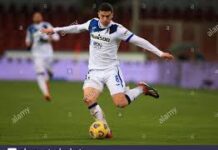