Peter Obi: Other forces might be using IPOB’s sit-at-home order to hur…

Gbaja: I have no plan to contest for Lagos guber poll — Sanwo-Olu dese…

Plateau killings: DSS provides intel but no political will to execute, rep claims

Emefiele: Nigeria’s 15trn infrastructure company will be unveiled in October 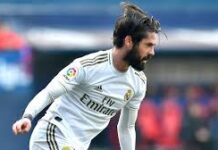