Enemies of PDP working against the Ubas ‘Party scribe

Group vows to support candidate who commits to LG election

Why Umeoji should steer clear of APGA governorship contest ‘Obiokoye

Millions in southern Angola on brink of starvation after long drought

Nigeria will not experience another civil war, Abiodun says

Health SMEs in Africa to benefit from finance fund

Many feared dead as gunmen attack Police checkpoint in Enugu

Behind the eyes of a street beggar

My gift to the younger generation

Give us this day a state police

Looted Benin artifacts: On the side of Oba Ewuare II

Return of looted artefacts: Edo Muslims back Oba of Benin to take custody

WAFU Qualifiers: Rivers Angels to get N1m per goal

8 more coronavirus cases at Olympics, including one athlete 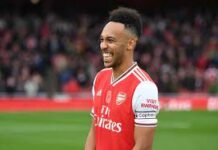