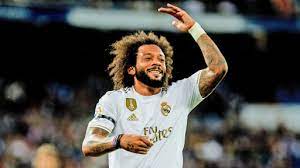 Report from Spain have confirmed that Marcelo set to stay at Real Madrid based on the agreement of the club management.

Inhouse report claims that Marcelo will reportedly remain at Real Madrid for at least another season after holding talks with the Spanish giants officials.

Although it was noted that the Brazilian full-back struggled to hold down a starting spot in the side last season and has been linked with a move away from the club.

Other reliable sources claimed that the 33-year-old is still held in high regard by Madrid and they have been eager to convince the long-serving defender to stay on with the club.

It must be noted that after being given assurances by new Madrid boss Carlo Ancelotti, whom he previously played under for two seasons, it is claimed that Marcelo will now see out the final year of his contract for now.

Other Teammate like Sergio Ramos is also believed to be on the verge of committing to another season in the Spanish capital for now.