Were in talks with FG over Ibori loot recovery Delta

Maximising the benefits of diaspora remittances

What we have is Fulani govt, declares Methodist Prelate

Nigerians now to get their passports within six weeks, says NIS boss

Racists denied my family chance to watch me play ‘ Fashanu

Nigeria: A failing state teetering on the brink

Why it is difficult to end Okada menace 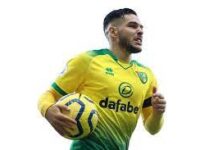