El-Rufai power drunk, we may shut down Nigeria – NUPENG

‘We contributed to your growth’ – Nigerians slam Burna Boy.

Lawan did not speak for Senate on restructuring – Buhari.

Tuchel will be sacked if he loses UCL final, fails to finish in top four – Jennings

‘We offered to help but he refused’ – UNIOSUN reacts to death of student after terrible motorcycle accident. 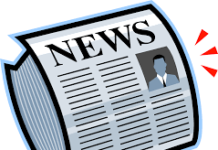