APC 2023: Even if zoning formula is unconstitutional

Village people and their powers over Nigeria

Readers have your say.

Rojenny, Kwale, others to host for NLO Div. 3 play-off

N-Power beneficiaries thumb up FG, give testimonial of achievements

Konshisha invasion: IDPs sleeping in the open, without food – Report

Youth group tasks Ayade over increased insecurity in Bakassi, others

2023: With Igbo man as President, Nigeria ‘ll transform into Dubai of Africa – Amaechi

Heathcare: Group donates equipments worth millions of Naira to FCT 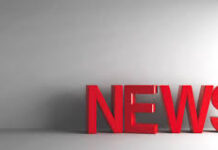