Lawan, Gbajabiamila under fire over stance on restructuring

Igbo presidency: El Rufai gets it wrong this time

How I killed job seeker Iniubong Umoren, by suspect

COVID-19: Bayelsa imposes curfew from 8pm to 6am

No record of Indian coronavirus variant in Edo Obaseki

A/Court sets aside conviction of firms linked to Patience Jonathan

How we killed our wives, four others, buried them in shallow graves Suspected kidnappers

Smada picks She broke my heart as favourite song

Stella Damasus: I was molested at age eight

How Imasuen inspired me, by TV personality

Impactful leadership is a decision 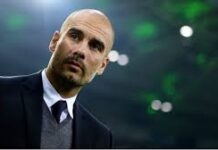