Tinubu a hypocrite for asking Nigerians to pray for Buhari – Omokri

Uduak Akpan, suspected killer of Inioubong Umoren not dead in our custody – Police.

It is wrong to use Oyo money to pay your caretakers – AD chieftain, Alao tackles Makinde

Lagos driver nabbed around Benin hours before sale of boss’ car in Imo.

Femi Fani-Kayode: Nigeria; no retreat, no surrender, no plan b 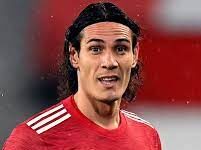