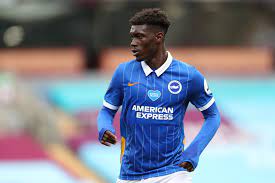 According to Liverpool chief Michael Edwards who was seen to have visited the base of Brighton & Hove Albion over midfielder Yves Bissouma availability.

It was noted by sport scout that the 24-year-old is thought to be attracting the interest of a number of top clubs, with Leicester City, Arsenal and Liverpool allegedly in the race for his signature.

Although it was noted that Jurgen Klopp’s side is expected to wave goodbye to Georginio Wijnaldum in the summer and these had make it possible for a new midfielder to close the gap.

Report from Anfield Central shows that Liverpool’s sporting director Edwards has made an enquiry to Brighton over his character and personality, with a view to making a move when the transfer window reopens soon.

Judging from the statement of Brighton manager Graham Potter who believes that Bissouma could play for any club in the world, but with the 24-year-old contracted to the Seagulls until 2023, they can’t afford to play hardball over a fee for the establised midfielder.

Inhouse statistics shows that Bissouma has started 30 Premier League games in a Brighton shirt this season, scoring one goal in October’s 4-2 defeat to Everton.

Barcelona Koeman: Give me more time to achieve better result.