Enyimba in make or mar clash with Orlando Pirates

UNICAL, UNIBEN, UNILORIN lead other schools to HIFL round of 16 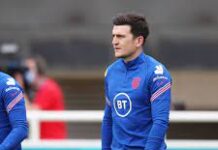