Measures to enhance security in Owerri cause traffic gridlock

UN: Disruptions to immunisation put millions of children at risk

Bank of Industry to tackle youth unemployment with tech hubs

Total withdraws all staff from gas project in Mozambique after attack

NEWMAP vows to complete all outstanding erosion projects in Delta

Nollywood actress: I will curse Baba Ijesha if found guilty. 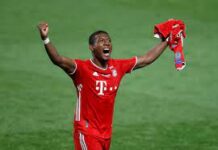