Professors may work in Togo bakeries if Nigeria breaks up, Lai warns elites.

Alkali on insecurity: We’ve to do something extra to change the narrative 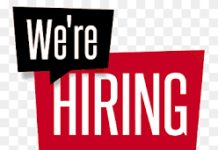 Sales Administrator at an Automotive Company – Alfred and Victoria Associates