Community leaders reply Oluwo over call for Fulani to relocate to his domain.

Fredrick Nwabufo: Islamophobia: Pantami and the hypocrisy of his detractors

Muhammad Garba: Re: A warning to Governor Ganduje and those that think like him 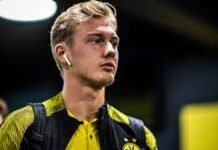 Arsenal Ready To Pay For Borussia Dortmund attacker In A Deal...