Previous report have shown that the Gunner have not giving up on Crystal Palace playmaker Zaha as they are ready to table another amount for the player.

It was also observed that the Gunners made an attempt to sign the Crystal Palace forward in 2019 season but failed due to the £40m offer which Palace sees as a child play.

Although it was noted that Palace wanted as much as £80m in straight cash deal which lead to the Gunners going for Nicolas Pepe from Lille.

Report shows that Arsenal are making a return for the player as confirmed by most media houses saying that the Gunners are looking at recouping their fund from the sale of some listed player next season.

The 28-year-old Crystal Palace playmaker Zaha is currently having a decent campaign with nine goals and two assists credited to him these season.

Based on club report saying that His contract is due to expire in two years time and the Gunner are believing that the player might be available for around £40m this summer.

With the Gunners not finding it easy witheir financial situation which has lead to the their plan to offload numerous players as part of the summer rebuild strategies with Lacazette included in the clearance sale.

Sources close to the Gunner’s management are saying that Lacazette will enter the final year of his contract in July with no option of renew from the parties involved rather he is attracting interest from Inter Milan, Atletico Madrid, Sevilla and Roma currently. 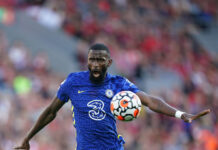 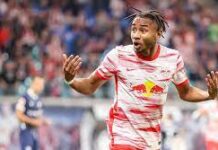 newsaffairng - July 4, 2021
0
Load more
Newsaffairng is a joint venture of great people of like mind and friends who see news in their area as important as the food they eat. The story of our love for infrmation and News was mainly for those who believed that there is no news that is complete until is ready by all.Packed with statistics,fact,figures and insight knowledge of some area(sport,Health & Tech) needed by people to get awareness we hope to provide our reader/viewers something different from the usual. It was designed,developed and maintained with one thing in mind which is to bring to his viewers a first class information on areas of Sport,Health,Technology and general news from the horses month. Newsaffairng is born to provide exclusive player and manager interviews of football and providing viewer/fans with current features,match preview analysis,Technology update and health news etc. Newsaffairng is working on employing a large number of dedicated team of staff editors and freelance reporters to add to the few we have so that they can produce rich content around the world.Both editors and freelance are scattered over the continent with good knowledge of sport(football),Health and Technology. We cover a wider range of topics which have made our reader able to enjoy what we have to offer.
Contact us: Justnewsaffair@yahoo.com