Reps move to restrict FG on loans, agreements, others

Read Also “WHO report shows that some countries have purchased more Covid Vaccine than they need.”

FCMB director steps down from board

NLC mobilises for protest over planned re-classification of minimum wage

Varsities, polys behind mobilisation of illegal graduates for NYSC Oloyede 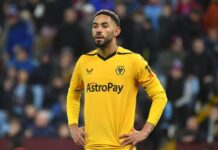