Couple seeks help for upkeep of quintuplets after six-year barrenness

IPC condemns assault on The Guardian reporter by armed police

Navalny’s penal colony, a Kremlin weapon to ‘break’ him

Five places the Pope will see on his exceptional Iraq trip

Read Also “The Body Immune System and the Food you Eat.”

Is this war or insecurity

That damning report on abandoned aircraft

Okonjo-Iweala: A win for multilateralism

Of Gumi, bandits and impunity!

The north’s edge in power game.

This is Lagos of my dream 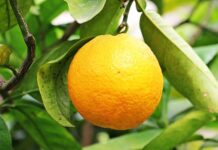 Foods that offer Vitamin C and how they Boost Immunity In...