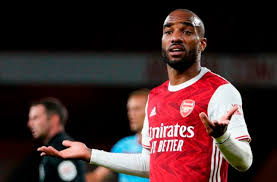 Club report have shown that the 29-year-old French international Lacazette has been with Arsenal since the summer of 2017 and with 58 goals and 28 assists accredited to his 158 appearances with the Gunners.

Reliable media report as confirmed by us is saying that French club Monaco and their Principality outfit are keen on bring him back to Ligue 1 where they are sure the playmaker will perform better.

It was noted that Lacazette’s current deal with Arsenal will expire in 16 months’ time and the club contract talks have been delayed until the summer as they are considering offloading some of the player to make way for a better club wage management.

It is believed that in case the striker fails to agree on a new term given to him by the Gunner which might lead to the striker moving to another club since he is close to the final part of his contract with the club for now.

It was noted by football scout that Ligue 1 giant Monaco have reversed their fortunes after a couple of dismal campaigns and they are fourth in Ligue 1, only six points behind leaders Lille and they are currently searching for an experienced striker to take them to the promise land.

With the above condition on table and interest from Monaco shows that Lacazette has vast Ligue 1 appearances after is days in his former French club Lyon and they feel he will be a perfect match for them if the player agree to move.

Chelsea top two player Hakim Ziyech and Timo Werner are considered as alternative to Raheem Sterling according to Barcelona. 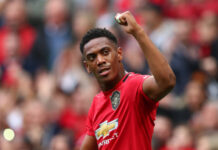 newsaffairng - May 28, 2021
0
Load more
Newsaffairng is a joint venture of great people of like mind and friends who see news in their area as important as the food they eat. The story of our love for infrmation and News was mainly for those who believed that there is no news that is complete until is ready by all.Packed with statistics,fact,figures and insight knowledge of some area(sport,Health & Tech) needed by people to get awareness we hope to provide our reader/viewers something different from the usual. It was designed,developed and maintained with one thing in mind which is to bring to his viewers a first class information on areas of Sport,Health,Technology and general news from the horses month. Newsaffairng is born to provide exclusive player and manager interviews of football and providing viewer/fans with current features,match preview analysis,Technology update and health news etc. Newsaffairng is working on employing a large number of dedicated team of staff editors and freelance reporters to add to the few we have so that they can produce rich content around the world.Both editors and freelance are scattered over the continent with good knowledge of sport(football),Health and Technology. We cover a wider range of topics which have made our reader able to enjoy what we have to offer.
Contact us: Justnewsaffair@yahoo.com